From Chiang Mai we ventured toward the mountain village of Mae Kampong, which is a hilly resort village of sorts where many many locals come to get away from the busy cities.

On the way we stopped at a temple in Chiang Mai, Wat Suan Dok, where we learned much history, toured the grounds, and waited for our time to have a Monk Chat. While waiting for our time to listen, and talk with a local monk, we visited then enjoyed the main grounds of the temple. We partook in the custom of dropping coins in the 108 bowls, representing the 108 concerns of the Buddha.

Our time came to visit with a local monk, and we joined with a couple other small groups of tourists. One other family of 5 happened to be from Chicago! They were from Wrigleyville, and doing a similar trip as to us. The other two guys were from Canada. For the next 1.5 hours the monk gave us history, knowledge, and philosophy of Buddhism, which was very enlightening. The other groups had many questions about the philosophy, history, practices, rules, etiquette, and daily lives of the monks. It’s a very different perspective on life that is very intriguing.

The journey continues on to MaeKampong.

We met our host family, and found where we were staying for the night. The accommodations were very simple. Our “room”, was a separate building on the side of the hill, kind of attached to the rest of the family’s set of buildings. It was right above the kitchen. Our room was about 20x20, but with just two queen mattresses on the floor and a bunch of blankets. It was noticeably cooler here, and at night it would be cold. Good thing we brought our jackets. The bathroom was outside, and was a combo shower/toilet in one. Very simple accommodations, but ample.

We rested up for a bit and then went for a hike with the middle aged women of the family. I’m pretty sure there were 4 generations of family living in this homestead. We hiked through town, and then into the woods where a nice stream was running down the mountain. The guide showed us tea trees they harvest for tea, among other plants. Sprinkled through the woods were some coffee bushes/trees too. Our goal was the top of the mountain, where there was a coffee shop. Once there I got a iced Thai tea, and Chrissy got an iced coffee. Can’t remember what Aiden got, probably cake. But the view from up here was amazing. It would be wonderful to wake up to something like this every day.

At one point we had stopped where the local family roasts coffee, and they showed us the sorting and roasting process. It smelled SO GOOD in this small building.

We hiked back down and took some time to rest before dinner. The eldest woman was going to cook dinner for us and invited us to come down and help cook. So about 530 we came down to help where we were tasked with chopping vegetables. She had already made the green curry for the pork dish, and Aiden and I made the stir fry vegetables with an egg in it. There was also rice and a couple other things too, everything was very good! Aiden invited our driver to eat with us, and he also brought some fermented bamboo shoots from home since he was near home (he lived in Chiang Mai)

After dinner we just watched the rain from the balcony we had on our level of the hill complex and played Uno! which we had acquired in a market a couple days before. Then bed.

Our guide broke a piece off a random tree while on a hike and handed it to me, and ask me to guess what it was. It was so fragrant it was easy! 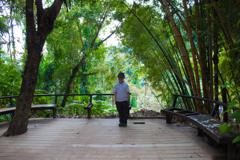 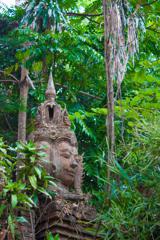 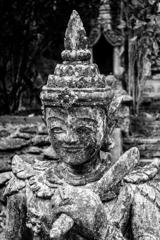 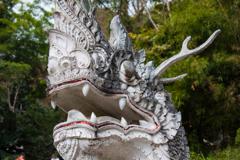 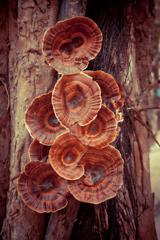 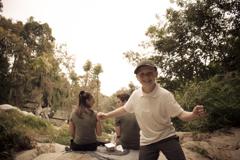 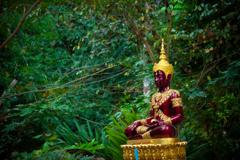 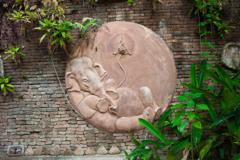 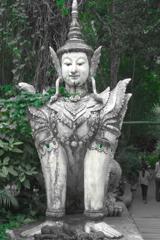 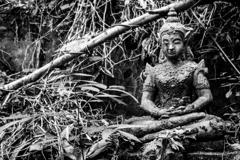 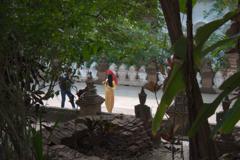 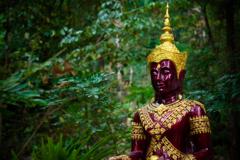 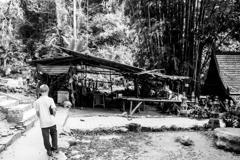 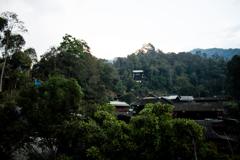 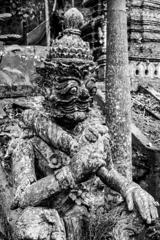